This article is about the main protagonist of the game. For other uses, see Sissel (disambiguation).

Sissel is the main character of Ghost Trick: Phantom Detective, and is also the character that is controlled by the player. He died shortly before the beginning of the game, and turned into a ghost shortly after.
WARNING: Spoilers follow!

Sissel initial appearance is mostly recognized by his spiky yellow hair that stands up. His hair bears a strong resemblance to the spirits of people who have only just died.

He wears a red suit with a black shirt, a white tie and shoes, and sunglasses.

It was eventually revealed that this was not his actual body, but that of his former owner Yomiel. Sissel, who had actually been Yomiel's cat, wrongly assumed that Yomiel's body was his own, as it was the only dead body visible at the time. His true form is a black cat with yellow eyes, three whiskers on each side of his face, and a red bandana tied around his neck.

Despite waking up as a "blank slate" at the beginning of the game with no memory of who he is, Sissel still exhibits a cool-headed, easy-going personality. His smooth-talking demeanor belies a snarky sense of humor, often teasing Lynne about her multiple deaths or Missile about his hospitality toward intruders.

While Sissel's top priority is to uncover the truth of his own identity, he is "not the type of guy" who would abandon people in need. He has a strong moral code and an innate sense of chivalry that allows him to save people's lives unconditionally. He tells Lynne, someone he saves multiple times, that he would never use her life as a "bargaining chip" in exchange for information that Sissel needs. As a result, he develops a lasting bond with many of the characters.

Initially, he sees a woman being held at gunpoint by an assassin, with the corpse of a man in red in between them, which Sissel deduces to be his own. While the woman is moments from being shot, he is met by a fellow ghost who inhabits a lamp, nicknaming himself as "Ray of light", who convinces Sissel to help her, saying that it will help him recover his memories. Ray teaches him how to use his "ghost tricks", which include the ability to manipulate objects as well as the ability to rewind time to four minutes before a person's death to reverse it. Additionally, Ray warns Sissel that his soul will disappear by dawn. He winds up saving the girl and killing the man, learning that the girl's name is Lynne. He learns that she is investigating something significant, and teams up with her, with Sissel trusting her due to her honesty. Throughout the game, Sissel saves several people, including a girl named Kamila who was tied up, a dog named Missile who was shot, and Lynne, who dies several times. Sissel eventually learns that Lynne was apparently the one who killed him.

After agreeing to help Lynne delay the execution of a man named Jowd, Sissel travels to a prison in order to somehow stop it. He eventually manages this by destroying the electric chair that was to be used for Jowd, though in the process, he learns that his own face had been painted by Jowd while in prison. Sissel then has to rescue Kamila, the daughter of Jowd, who was kidnapped to force the justice minister to not cancel the execution. While attempting to rescue her from her kidnapper, he learns that she had died at some point, and was saved by Missile who also died yet again. At this point, Sissel and Missile work together on several occasions to save people, with Missile able to swap objects of the same shape. Sissel discovers eventually that his corpse has been moving around, making Sissel question whether he is this person. He also discovers that this man was involved in the case 10 years ago, where he held Lynne hostage. While Jowd claims to be responsible for his death back then, he was actually hit by a meteor fragment from the Temsik meteorite, making him effectively immortal. Sissel, Missile, and Lynne go to a submarine housing the people who arranged the assassination of Lynne, among everyone else who was involved in the event of 10 years ago. The man who used Sissel's apparent body possessed the kidnapped Kamila and attempts to kill Lynne, but is unsuccessful. After realizing he had been betrayed and left behind in a sinking submarine, he helps Sissel and Missile rescue Lynne and Kamila, and reveals his name to be Yomiel.

Sissel, Missile, and Yomiel travel back to 10 years ago after realizing that since Yomiel's body was only truly dead when he lost the meteorite, they could still save him. Through various manipulations, the three of them work together to prevent the meteorite piece from entering Yomiel's body, though Yomiel is forced to possess his own unconscious body to rescue Lynne, injuring himself. At this point, Yomiel reveals to Sissel the latter's true identity - that he was actually a cat that was at both the event of 10 years ago and the event at the beginning of the night. Ten years ago, when Yomiel discovered the abilities given to him by the meteorite, he took care of Sissel, keeping him up until the events of the beginning of the game. Yomiel possessed Lynne and had her shoot his body, though Lynne fought against this possession and missed in the first shot. However, Sissel died as a result of this bullet, when Lynne accidentally shot Sissel through the suitcase that Yomiel was carrying him in. He also learns that Ray was actually Missile from an alternate timeline, where he went back 10 years into the past and waited until someone could help him save Lynne and Kamila. In the end, changing the past caused all of the events to become undone, with only the ones present at Yomiel's fate change - namely Yomiel (who have just finish serving jail time), Missile, Jowd, and Sissel (who becomes Jowd and Kamila's pet cat) - retaining their memories. Sissel also retains his abilities in the end, having received Yomiel's original fate of death, revival and immortality by Temsik meteorite.

Sissel appears briefly in Ultimate Marvel vs. Capcom 3, in Heroes and Heralds Mode, as a collectible card. He is also the base for one of Phoenix Wright's alternate colors. 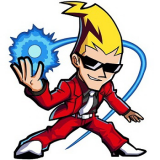 Sissel appeared in the Capcom Heroes mode from Dead Rising 4.

On the Japanese box art for the game "Professor Layton vs. Phoenix Wright: Ace Attorney", a black cat with a red scarf like Sissel's can be seen between Phoenix Wright and Hershel Layton. This may be more than just a coincidence considering that Shu Takumi (Scenario design head) is the man behind both Ghost Trick: Phantom Detective and the Ace Attorney (Gyakuten Saiban) series. 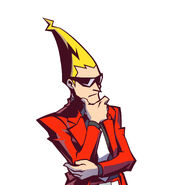 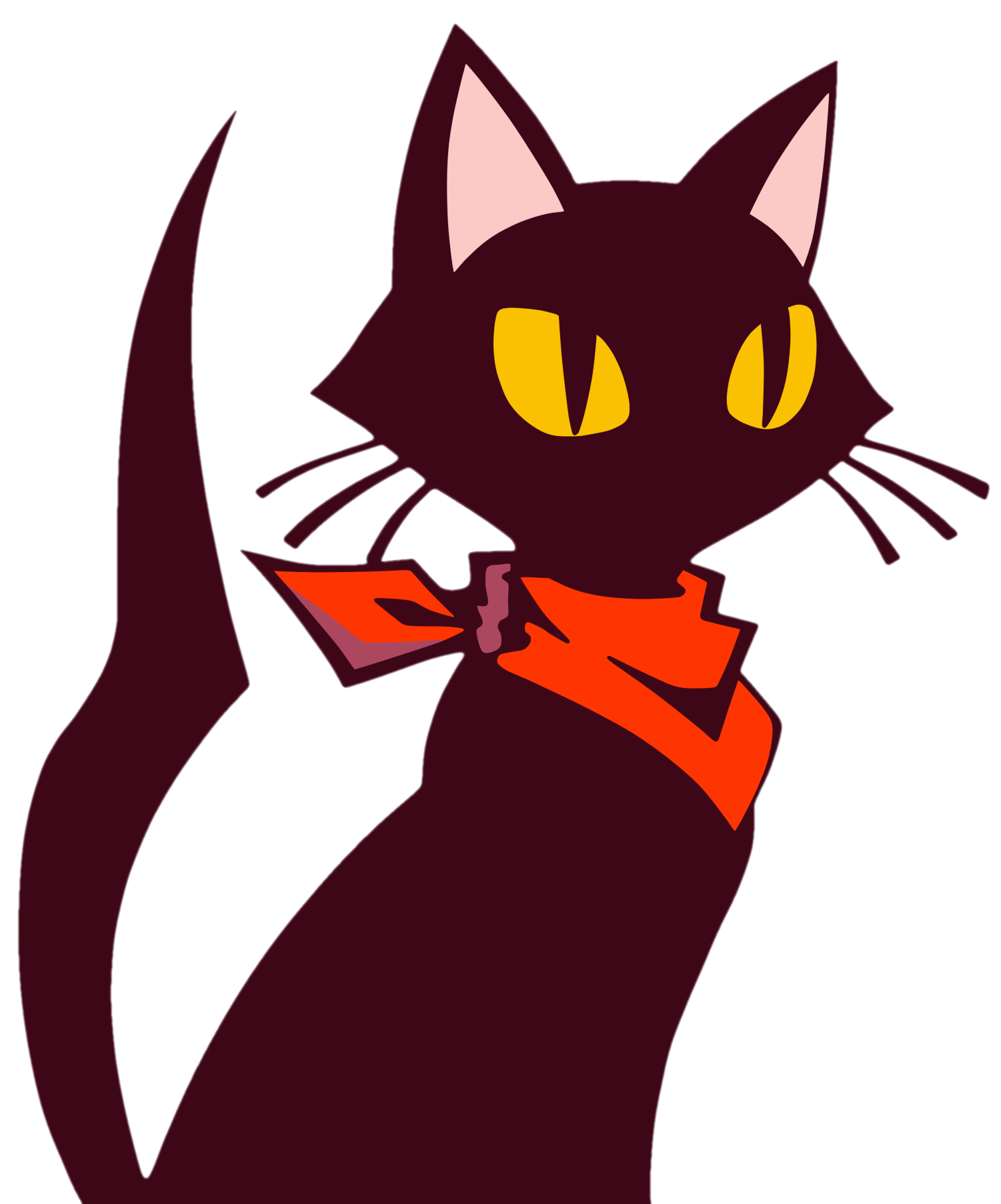 Sissel in his real form.

Sissel in a Servbot form.
Add a photo to this gallery

Retrieved from "https://ghosttrick.fandom.com/wiki/Sissel?oldid=5776"
Community content is available under CC-BY-SA unless otherwise noted.